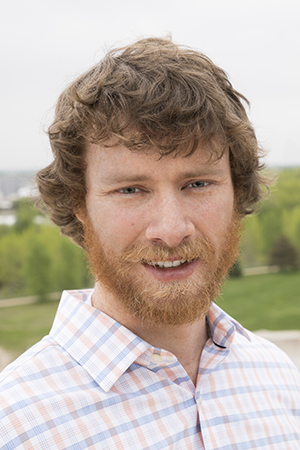 Czero was everything I was looking for in a career opportunity: a company based in Colorado doing mechanical design for diverse energy applications, all under the umbrella of environmentally responsible technologies. —Drew Cohen, Mechanical Engineer & Analyst
Czero

Drew earned his bachelor’s in mechanical engineering at California Polytechnic State University – San Luis Obispo, during and after which he gained considerable on-the-ground engineering experience through a diverse series of internships and field projects for Alliance Power, iDE (International Development Enterprises), Engineers Without Borders and The Jack Ranch.

An avid adventurer, in both work and recreation, Drew’s career thus far has taken him from the Colorado plains to the fields of rural Thailand to the remote seas of Alaska.

Since joining our team, Drew has worked on numerous projects including developing mechanical drive systems; designing malt-processing equipment used in breweries; developing hydraulic, electrical, and thermal systems for subsea applications; designing equipment-handling and operations-support systems for the oil and gas industry; and modeling a next-generation anchoring system for ocean vessels in the fleet of Helix ESG, one of the world’s largest companies in subsea contracting and offshore oil and gas well interventions.

Right now in the Oil & Gas industry there’s an interesting mix of new and old technology, with a lot of opportunities to improve it from an engineering standpoint—to make it cleaner, more reliable and more efficient in ways that also save money in the long-run. That’s an all-around win for our clients. —Drew Cohen, Mechanical Engineer & Analyst
Czero

As a technical project lead for the Cal Poly chapter of Engineers without Borders, the world’s leading chapter at the time, Drew oversaw teams of up to 20 students working on projects ranging from commercial-scale compost generation to water processing to hydroelectric power generation. He also lead technical assessments of future projects aimed to improve the health, wellbeing and independence of people in agricultural communities worldwide.

Weathering the extremes and hazards of Alaskan commercial fishing

During the 2010 season, Drew worked as an equipment operator and vessel assistant for a commercial salmon fishing operation in Alaska, gaining first hand-experience in one of the world’s most demanding jobs. In heavily physical, fast-paced shifts as long as 22 hours during the peak of the season, he operated industrial hydraulic and electrical equipment, piloted the boats, assisted with mechanical repairs, and performed fish intake and deck management duties.

Much more than a lab engineer

Drew’s hands-on experience in different field settings—ranging from GPS data collection at wind turbine sites in Colorado to working directly in farming communities in Thailand to operating industrial equipment aboard a commercial fishing vessel in Alaska—has given him valuable insights on the practical and cultural realities of implementing new technologies.