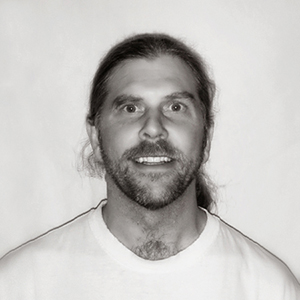 Jeff has a master’s in mechanical engineering, from the University of Michigan in Ann Arbor, and specializes in dynamic analysis of systems and subsystems for applications ranging from diesel fuel injection to natural gas compression to wind energy storage.

He remarks, “I’ve also done a lot of work on hydraulic valve actuation, essentially developing camless engines that aren’t mechanically linked to the engine rotation. They have a free valve that can open or close independently to enable different combustion strategies–to eliminate throttling, for example–and to adjust the compression ratio of the engine on the fly.”

Working on the Czero team

Since joining the team, Jeff has especially enjoyed the dynamic collaboration that drives Czero’s wide-ranging R&D projects, commenting “It’s a very open environment at Czero. If you hear something and think you can step in and help, you chip in your two cents. There are no walls, so everyone kicks in where they can. I really like that environment.”

Jeff has a special interest in the renewable energy R&D projects Czero has in the works, improving energy storage systems to extend the capacity of photovoltaic and wind energy farms.

Right now, one of the problems with renewable energy is that it doesn’t count directly as ‘base load’ for utility companies, because the source, the sun or the wind, isn’t always ‘on.’ If the sun’s not up or the wind isn’t blowing, there’s no power coming in. As a result, they [utilities] still need power generation plants that can handle the full capacity needed to meet consumer demand. But stored energy can be considered base load. So there’s a big push now to develop better storage technologies for wind and solar, to make them a better fit for utilities. Jeff Rogers, Senior Engineer & Analyst
Czero

Outside the R&D lab

Jeff’s sun-fueled activities extend beyond engineering to an avid outdoors life in Colorado, running, backpacking, hiking and fishing. A long-time trail and mountain runner, he has conquered both the Pikes Peak Ascent and the Imogene Pass Run.

And most recently, after a six-year sabbatical from brewing beer, Jeff has fired up the computer-controlled brewery that he built with several friends years ago. First in the brew queue: English Pig, which he characterizes as “malty like Arrogant Bastard Ale, by Stone Brewing, but less sweet and triple the hops on top.” The Czero team hopes to toast innovation with the inaugural batch this fall.