Brown is developing a hydrodynamic foil system that overcomes several limitations of tidal turbine designs and uses adaptive control software to maximize energy capture by adjusting the mechanism’s operation based on real-time measurements of water flow and system performance.

The Brown research team includes principal investigator Shreyas Mandre, an assistant professor in Brown’s School of Engineering, Jennifer Franck, a Brown lecturer in engineering, Michael Miller, a Ph.D candidate in the program, and project manager Alice Lux Fawzi, all of whom have worked directly with Czero and BluSource Energy to advance the technology.

For the R&D project, Czero did extensive trade studies evaluating the best methods for powering the actuators that control the foils and for maximizing energy harvest. We also proposed alternate designs to reduce parasitic losses—energy required by subsystems that reduce total energy extraction—and to increase power captured from the foil, resulting in a more efficient system. These same design improvements also lowered costs and reduced maintenance issues, increasing the commercial viability of this new tidal energy converter (TEC). 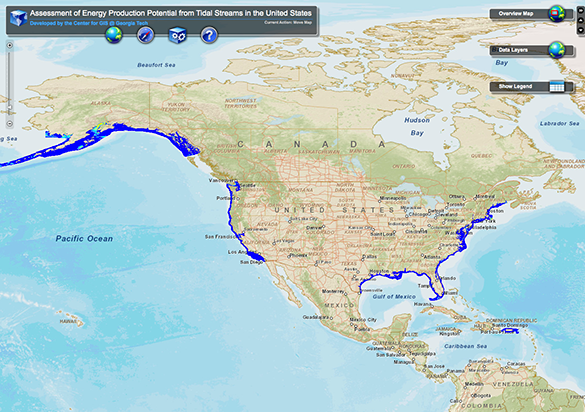 For reference, based on the chart and corresponding data below for Annual Net Electricity Generation, All Sectors, reported by the U.S. Energy Information Administration, generating 250 TWh of energy from tidal currents would represent 6.1% of the U.S. 2014 total net-annual-electricity generation of 4,093 TWh.[3] 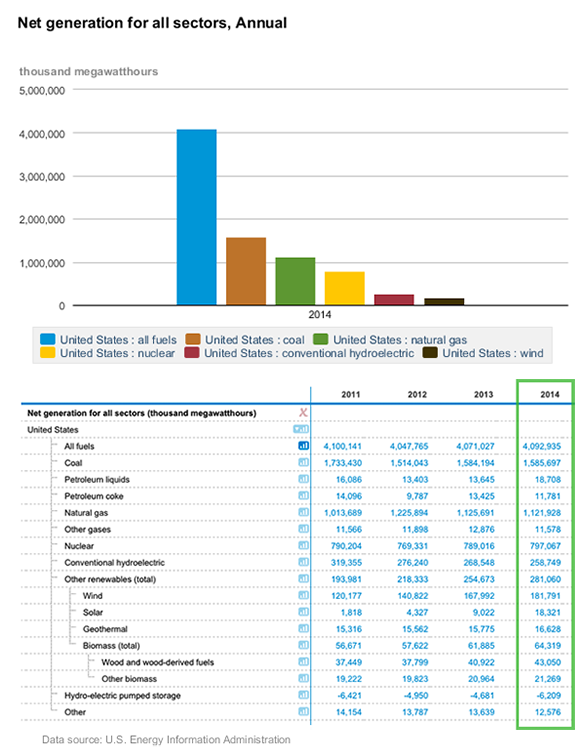 With technologies for cost-effective tidal power generation still limited to development systems, this untapped resource does not yet contribute significantly to U.S. electricity production, and at this time, data on tidal power generation is not yet reported by the U.S. Energy Information Administration as a subsector of renewable fuels.

While the availability of wind and solar power fluctuates relatively unpredictably day to day, the tides, while highly variable, ebb and flow on schedule, enabling energy harvest forecasting. That makes tidal power predictably available and a valuable potential resource for utility companies.

Additionally, because water is over 800 times more dense than air, for an equivalent area of flow intercept it carries considerably more energy at actual speeds. For example, for the same surface area, water moving at 3 miles per hour—a speed that we expect Brown’s TEC system will encounter—exerts the same dynamic pressure as wind at a constant speed of 80-90 miles per hour.

The challenge has been harnessing tidal stream power efficiently in a way that’s economically viable, environmentally safe, and not an impediment to waterway traffic. Thus far, the necessity of designing tidal power generators both to withstand corrosive, physically demanding marine conditions and to accommodate maintenance at sea has made most designs cost prohibitive and therefore commercially nonviable.

The limitations and hazards of tidal turbine technologies

France, Canada, and Scotland, among others, are harvesting tidal energy in limited ways, but the often expensive tidal turbine designs used have serious drawbacks.

Tidal turbines using the cross-flow “windmill” design must of course be as wide as they are high, so they are ill-suited for use in shallow waterways, such as at the mouth of a river. Yet it’s there that tidal action—available hydrokinetic power—is often greatest. Horizontal-axis tidal turbines, which look like a push-reel lawnmower blade, can operate in shallow waters but must be wide to work effectively and tend to become entangled with detritus.

Both turbine designs can interfere with ship traffic, and they also pose a significant hazard for swimming aquatic life.

Brown’s project has focused specifically on better technology for harvesting tidal energy in rivers and tidal basins where water flow is strongest. Rather than using turbines, the Brown design uses foils—vanes or blades attached to rotating axes—that undulate as water flows across them.

The undulating foils function well in shallow waterways and occupy a much smaller footprint than tidal turbines, plus their motion poses little hazard to aquatic animals. Additionally, Brown has systems designed that will fold down flat to the floor of a channel, out of the way of watercraft. In these ways, the Brown tidal power generator design surpasses current technologies.

While Brown researchers were in fact inspired by bat wings in developing the design, a more familiar image of undulatory motion might be the wave-like pattern of a whale’s tail moving up and down through the water to generate forward motion.

The Brown system converts hydrokinetic energy in a related, though different, way. Instead of using up/down motion to create forward propulsion, the TEC uses the relative motion of the water to create up/down forces that are used to drive a generator to create electricity.

For efficient power generation, it’s essential to adjust the angle of the foil in the water to maximize positive thrust throughout the motion. That’s where the algorithms in Brown’s adaptive control software come in, adjusting the foil angles based on real-time data on water flow. 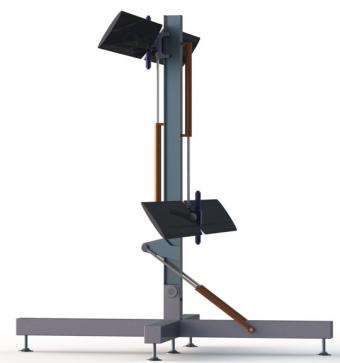 This image, while depicting an earlier version of the Brown University tidal energy converter (TEC)  from 2014, shows the essential elements of the design: pivoting hydrofoils connected to hydraulics and mounted on a structure attached to the sea floor. Water flow across the hydrofoils drives oscillating, up-and-down motion of the system, converting tidal power to electricity.

Specialty engineering firm BluSource Energy has played a key role in taking the concept from the lab to a real-world working prototype ready for in-water testing. BluSource specializes in alternative energy, marine applications, and high-strength, light-weight composites for diverse uses ranging from dirigibles and jets to canoe paddles, yachts and railcars. These cross-domain expertise uniquely suited BluSource to help solve one of the most important project challenges: developing a low-cost system robust enough to withstand demanding and corrosive ocean conditions.

In working with BluSource, Czero provided valuable information used to drive the actual hardware design, specifically, data-driven recommendations on how to make the system more efficient.

The engineers on the Czero team were proactive problem-solvers from our first introduction. They quickly applied the full breadth and depth of their engineering team’s impressive intellect to determine the most efficient and cost effective system to maximize the energy-harvesting capabilities of Brown’s concept. They were remarkably objective in their trade studies to find the best solution, favoring a simpler mechanical solution over their greatest strength: advanced hydraulics. They walked us through potential failure modes of each system, and educated the team about the pitfalls of component scalability. In addition to their technical solutions, Czero did an excellent job conveying their thought process and analysis to the Brown team with clear graphs, diagrams and presentations, which streamlined decision-making. Czero added tremendous value to the Brown project and was a pleasure to work with. We look forward to putting our heads together on future projects. —Tom Derecktor, CEO, BluSource Energy

Brown and BluSource provided Czero with data from lab models to analyze in order to project both the torque needed to move the foil and the power extractable from the system. Bringing deep expertise in hydraulic design to the R&D collaboration, our engineers used MATLAB and Simulink software to assess the scalability and hydromechanical efficiency of the system.

Czero evaluated multiple options for controlling the foils and minimizing the power consumption of the control system, proposing more efficient alternatives that also solved several controllability challenges. Additionally, our team evaluated multiple methods of power extraction, estimating the efficiency for each and providing design options to maximize that efficiency and keep costs down.

A big part of Czero’s work was looking at the data and slicing, dicing and plotting it in different ways to gather insights about energy capture and actuation possibilities. In other words, practically, rather than ideally, how much energy could we expect the system to yield? Based on our analysis, we were able to make recommendations for alternate designs that improved hardware efficiencies, increased energy extraction and reduced costs. In the field, greater power production at lower cost will mean a faster payback on the system, so Brown now has a product more viable for commercialization. —Kristina Weyer, Mechanical Engineer & Analyst, Czero

Everyone on the team agrees that our experience working with Czero was overwhelmingly positive. —Alice Lux Fawzi, project manager for the tidal energy converter, Brown University

Upcoming for the project

The next big milestone for Brown will be testing the improved system, planned to take place at a facility near Little Bay in New Hampshire.